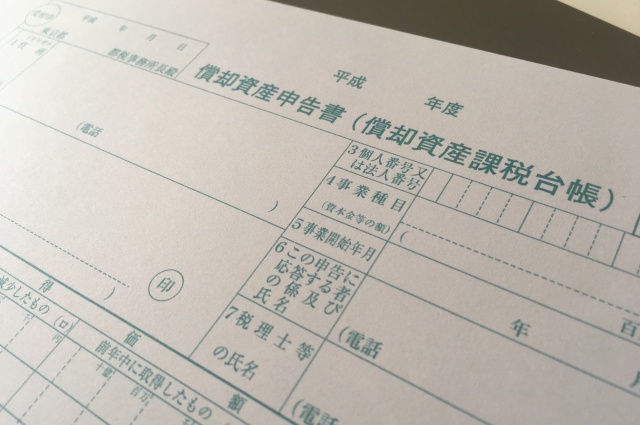 When you buy fixed assets for your business purpose, you would mind if such cost can be immediately deductible or should be capitalized for future depreciation.
That is a tax concern from income tax or corporation tax (national taxes).
Have you ever concerned about Fixed Assets Tax (municipal tax) implication?  It is actually not straightforward.

What is a Fixed Assets Tax?

Fixed Assets Tax (FAT) may be well known for owners of real estates (land and building) . But it is imposed on “Depreciable Assets” for “business use” as well as the real estates. Accordingly, FAT is taxed on assets being used by selfemployed and corporation for their businesses in principle.
As for the real estates, municipality identifies the owner based on its registration then evaluate the real estates, determine tax base and tax due amount. Then each municipality sends assessment notice to the owners.
As for the Depreciable Assets without registration, the tax base and tax amount will be determined by the municipalities based on tax filings from the owner of the assets.
Taxation based on such unilateral determination by the central or a local government is called “Administrative Assessment”.
Owner who possesses the fixed assets on every January 1 shall be a taxpayer of FAT.
The taxpayer cannot be exempted from tax liability for the year even if the assets are transferred to others, or scrapped on or after January 2 of the year.
Tax rate is 1.4% for both of real estates and Depreciable Assets, however, as for the Depreciable Assets, they are subject to FAT only when aggregated tax base amount as of January 1 exceeds 1,500,000 yen.

What is a Depreciable Asset?

It is a fixed asset other than land or building and for business use. However, an intangible fixed asset (e.g., software, goodwill) and a car which is subject to automobile taxes are excluded from the taxable assets for FAT purpose.
As it is limited to “business use”, depreciable assets owned by self-emloyed but for private use should be excluded from the taxable assets. In contrast, any depreciable asset, regardless of idle or not in service, will be counted as the taxable asset as long as it is immediately available for business use.
As aforementioned, municipal will impose the tax on Depreiciable Assets, not registered, based on the tax filing by the taxpayers. Therefore the taxpayers are required to file the tax return even for the year when aggregated value of the Depreciable Assets is less than 1,500,000 yen.
The filing due date is always end of January regardless of fiscal year of a corporate taxpayer. So you need to keep good record of Depreciable Assets to know their value as of every January 1 separately from fiscal year ending date.

As it is provided that the minimal tax base amout is 5% of acquisition cost of a Depreciable Asset, you need to include an asset into the FAT filing even if it is already fully depreciated (down to its nominal value of 1 yen) for Income Tax or Corporation Tax purpose.
Besides, an asset immediately depreciated under provisions of the Special Taxation Measures Law (so called “exception for SMEs” or “exception for less than 300,000 yen”) is also to be included in the FAT filing.

Also, as tax base for FAT is computed independently from depreciation for the Income Tax/Corporation Tax purpose, it is highly likely that its book value disagrees with the tax base amount.

Hard to distinguish from buildings

Some assets such as leasehold improvements are utilized together with a building. In some cases, it is hard to judge whether such assets constitute the building or are independent Depreciable Assets from the building.
In theory, if it works as an independent equipment by nature (e.g., can be detached easily from the building then reinstalled in another place) or it is an equipment for particular production or business, it is regarded as a Depreciable Asset for FAT.

When a lessee adds interior or renovation for its business to the leased building, such additional assets are the lessee’s Depreciable Assets. Therefore it is the lessee who needs to file the FAT return for such assets. There are many lessees who do not know it and have no idea why they are asked by municipalities to do so.

In case of the Tokyo Special District (23-ward), a FAT return has to be filed with the Tokyo Metropolitan Tax Office in each ward not a ward office. If you have the Depreciable Assets in multiple wards in Tokyo, you need to file the FAT return to the respective TMTO in each ward.
Please note that an in-charge TMTO of FAT can be different from the office in-charge of the Enterprise Tax or the Business Office Tax.

Around 30 years ago, my first task at the leasing company, where I joined immediately after the graduation from school, was assisting payment of FAT.
As the company owned lease assets all over Japan (probably in all of the municipalities of this country), we were overwhelmed with a mountain of the tax payment slips arrived from so many municipals daytime and worked until late night checking tax amount on the payment slip and data of the company.
As it often disagrees with the data, we always had to be cautious about it. However, it is good to know names of many cities and villages never ever visited.
In the next year, I helped checking and fling of FAT returns to the municipals.
It was also massive paper work (dealt with piled up output from EDP). But now it is not necessary as we can file them by electronic filing (eLTAX).