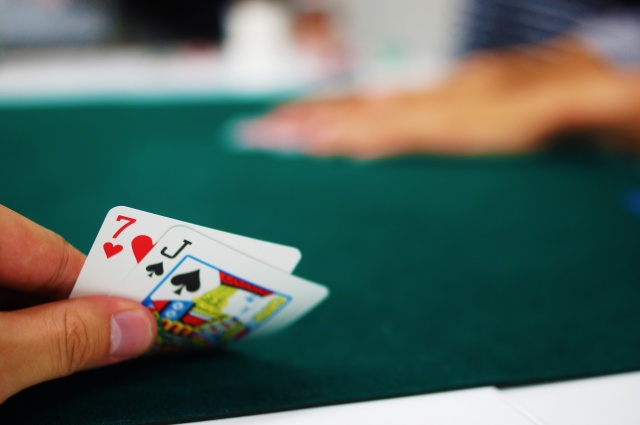 Once the tax auditors finish reviewing the audit materials, they will start various questions.
Some questions are just a confirmation but some are to zero in on the issue.
A good tax auditor ask the questions in a subtle way so that the taxpayer cannot judge if he/she is being asked sensitive questions. So sometimes it is hard to read their mind. It is a kind of battle of hearts and minds.

After such interaction, the auditors will start “summary of issues”.
As the audit conducted by the tax office does not last long, the auditors usually do the summary at their office after gathering necessary audit materials from taxpayers.
If there is not much problem, they point out the issues orally on the last day of the audit.

Since the audit by the Regional Taxation Bureau is long-term, they seem to prepare report something like “summary chart of issues” from time to time.
Some auditors kindly prepare the summary chart for the sake of the taxpayer then suggest “open discussion”  but some auditors with poker face are reluctant to do so.
The timing when the auditors will share the issues with you is totally depending on their strategy and personalities and it can affect the audit outcome.

The taxpayer will be informed of “the discussion points” at the stage of the summary at the earliest or the end of the audit at the latest.
It is more often told orally than a document.
The discussion points are not the official opinion of the authorities but the opinion of the auditors in charge.
Since it is just a starting point of the discussion, you should not take it that it is the end of the game.
As a matter of fact, the findings and interpretation of laws and regulations at this stage tend to be preliminary and leave room for further survey and discussion.

For example, suppose that the tax auditor pointed out that  an expense of 1 million yen booked as a “meeting expense” should not be tax deductible as it turned out that it is actually an “entertainment expense”.
Entertainment expenses are accrued as “expenses” for the financial reporting purpose, but it is not always “tax deductible” as the tax law provides the “specific rules” as follows.

“As for entertainment expenses etc expended in each business year that starts in the period from April 1, 2014 to March 31, 2020,  the amount equivalent to 50% of the entertaining food and drink expenses shall not be included in the amount of deductible amount in calculating the amount of the taxable income for the relevant business year. (Article 61-4 of the Special Taxation Measures Law)

If the auditor pointed out correctly, it means that the reported taxable income was understated by JPY1M .
However, there is a possibility that the auditor misunderstood, so the taxpayer should check the contents of the pointed out matter.

Should argue with the auditors?

Some discussion points are reasonably “arguable” and some are not.

When it is “not arguable”
There is no room for making excuse in case of a simple calculation error, misjudgment (requirement unsatisfied), disguise or hiding.
You would better to admit the mistake honestly.

When it is “arguable”
As for fact finding, interpretation and application of the laws and regulations, there should be a room for argument.
For example, suppose that the content of the aforesaid “entertainment expense” of 1 million yen was actually a cost of business reception, i.e, “food and beverage expenses”., not “golf entertainment”.
Since the tax law provides “the amount equivalent to 50% of the entertaining food and drink expenses shall not be included in the amount of deductible amount”, the other 50%, 500,000 yen, out of the banquet costs of 1 million yen should be tax deductible.
There may be an error in the fact finding that the auditor believed that “banquet fee” should not be regarded as “food and drink expense”.
If it is judged as golf entertainment because it was the cost of a dinner party held at the clubhouse after the golf competition therefore it is the “integral part” of the golf event, the auditor makes a good point.
If the auditor simply misread the material and believed that the party costs nothing to do with the golf event is “integral part” of it, it is wrong fact finding.

In addition, the scope of “entertainment expenses” subject to the limitation of deductibility is stipulated by the law as follows (Article 61-4, Paragraph 4 of the Special Taxation Measures Law).

What if the golf competition was an internal event?
Since it is the “athletic meeting” to be carried out “exclusively for the comfort of employees” in above item 1, it can also be interpreted that it should be excluded from “entertainment expenses etc” in the first place.
Assuming that the auditor strictly interpreted that “employee comfort is exclusively for employees” means that all employee should participate to that event,  there is room for debate whether such interpretation of the provision is reasonable.
If the auditor inform the taxpayer of the discussion points in the earlier stage of the summary of issues, the taxpayer can afford the time to prepare for argument with the auditor.
However, there are tax auditors who, at the end of the investigation, unexpectedly present the issues pointed out.

“Negotiation” at the later stage of the audit

When the auditors pointed out the issues, you will enter the stage of “negotiation”.
It is said to be the climax of tax audit.
Most auditors recommend “amendment filing” according to the items pointed out.
If the taxpayer correct them voluntarily, administrative procedures on the side of the auditors are easy and they can prevent “bringing-up” from the taxpayers.

If the taxpayer refuses “amendment filing”, the auditors’ administrative burden will increases.
First of all, they need to go through formal discussion within the tax office or the Regional Taxation Bureau whether or not to make assessment.
The tax authorities shall specify the reason for assessment concretely (“Article 14 of Administrative Procedure Law, Article 74-14 of the Act on General Rules for National Taxes) on the “assessment notice” to the taxpayer.
When the auditors’ fact finding, interpretation of laws and application are not well contemplated, the reasons for assessment will lose the points. In that case, “Review Officer” who is in-charge of internal review will challenge the auditors then would bring them down.
Even if the auditors are able to get the green light from the Review Officer, when the reason for assessment ends up weakly, they would have to take discreet approach anticipating “bringing-up” from the taxpayer (filing of claim for re-audit, objection to the assessment).

Should accept the assessment or file the amendment?

When you find that the issues pointed out by the auditors are “reasonable”, I think, it is better to file the amendment tax return without obstinacy.
Even if you fight against it, you would get the assessment sooner or later.
If you do not admit the obvious mistake and just pretend a hard-liner, the auditors may increase the assessment amount as an “extra bonus for extra work for the assessment!”.

Since an amendment filing is the means by taxpayers to correct their errors themselves, it is not necessary to amend what taxpayers can not be convinced.
In that sense, at the stage of “negotiation” with the auditors, you would better to deal with them saying like “I will amend this. I can not change it but I understand your point. So I will follow your advice from now on” so that they do not demand you the “extra bonus”.

Accordingly, you should never file the amendment tax return when you cannot agree with the points made by the auditors.
You should tell them what you are dissatisfied with and why you can not accept them then just wait and see “wrap-up” of the audit.

Wrap-up of the audit

The tax authorities are to notify the taxpayer in writing the consequence of the audit at the end of the audit (Article 74 of the Act on General Rules for National Taxes).
There are three types of documents.
A. No assessment shall be made (no problem)
B. The assessment shall be made + Detailed explanation of the audit result
C. A recommendation for filing of the amendment tax return or belated tax return + an explanation that any objection can not be made after the taxpayer filed the tax return themselves.

As B and C are presented to the taxpayer as a set, the ending pattern of the audit is either A or B + C.
If you indicate your intention to file the amendment tax return at the “negotiation” stage, the content of B should be in line with agreement between you and the auditors.
If you decline the filing of the amendment tax return, you do not know what the B document looks like until you will get it.
It would make you you really nervous.

Getting the A document means that you are safe. No action is needed.
If you receive the documents B + C, you will have to make a final decision whether to file the amendment tax return or let the tax authorities make the assessment.

***
Before the 2012 tax reform, the wrap-up procedure for tax audit was not stipulated in the Act on General Rules for National Taxes.
When the audit ended up with no issues, the taxpayer was not able to know if they are safe or still under the audit because no official assurance is given at that time.
It is a good thing that such vagueness has been removed.