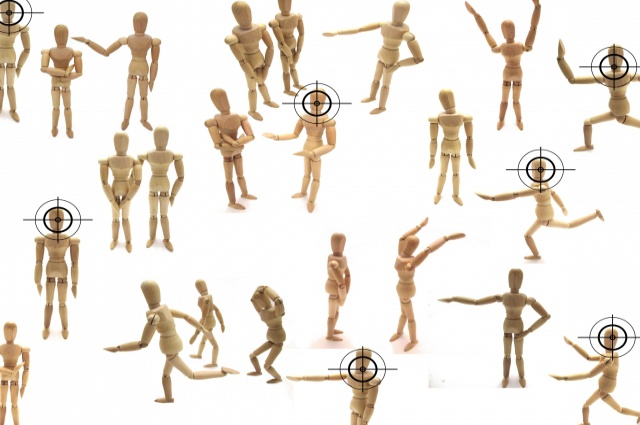 Once selected as a target, you will never be able to escape from a tax audit.
This time, I will talk about how to “get yourself prepared” for tax audit.
I envisage a tax audit for a corporate taxpayer.

There are rumors that there are certain rules for the selection of auditees though they are not for sure.
It is often said that fluctuation of reported amounts (taxable income, tax adjustment items, etc.) and financial key indicators (profit margin, etc.) is systematically detected and prompts the audit.
This rumor sounds more credible since the material disclosed by the Ministry of Finance mentions that the tax authority selects auditees using the Koukuzei Sougou Kanri (National Tax Comprehensive Management) (KSK) system.

Also, it is said that the company picked up by the media will also attract attention.
Companies rapidly expanding their businesses or whose executives are willing to appear on TV programs or magazines are also monitored by the tax authorities.
The auditors seem to check brands of what they have (watches, accessories, cars) and place where they usually dine.
Although it may be coincidence, a tax auditor came to the acquaintance in the next year when he bought a Ferrari (second handed F355).
They perhaps suspected that he bought it with company money.

Cash-and-carry businesses are also likely marked.by the authorities.
The authority will not miss if there is no tax filing record or reported taxable income was relatively small comparing your business scale.
“The Takoyaki auntie nearby the castle of Osaka” who recently accused of tax evasion also never filed a tax return.

Even if it is not such an extreme case, the tax authority may pick up an auditee at random just because he/she has not been subject to tax audit for a long time.

Incidentally, in the case of a large-scale corporation for which a tax audit is conducted by the National Taxation Bureau, it may be audited every other year or every year if it is unlucky.
As the company grows, the auditors always come knowing sure that there are some problems or mistakes.
Because there are many cases that just a simple mistake caused a large understatement of taxable income,  audit on a large corporation will be a “challenging” task for the auditors.

Getting a tax accountant involved?

Although it is not necessarily required, it may be better to leave it to a tax accountant if you are not willing to negotiate with the auditors or can not judge whether the auditors’ assertion is correct.
I think that most tax accountants will not turn down your request if you ask for help.
However, some tax accountants also do not like tax audit, so you should carefully observe if he/she is really functioning in the audit.
Some taxpayers ask an “ex tax officials” tax accountant expecting his/her connection with the authority works in favor of the taxpayer but the result depends on who he/she is rather than who he/she used to be.
There used to be an “ex tax official” who boasts his career at the authority saying like “you know me don’t you?”.
In his case, as he attempted wrapping up the audit pulling sting without any technical discussion, such his attitude provoked antipathy of the auditors then prolonged the audit.
Not only the “ex tax official”, a tax accountant who cannot have sound argument with tax auditors may screw up tax audit.
Looking at the situation, it is necessary to have the courage to replace the tax accountant if you think he/she does not help the situation.

How many they come?

Normally 2 to 3 auditors from a local tax office.
It is usually a combination of a “Senior Examiner” and an “Examiner”.
It is quite a rare case that just one comes, however, you should not relax your guard because such a person allowed to act alone may be a “hot-shot”.
If you have a lot of cross-border transactions, “Special officer for International Taxation” may join as a supporter from other tax offices.
Especially in the case of an audit for withholding income tax, experts for that arena will be invited.

An audit team from the Regional Taxation Bureau consists of 5 to 6 auditors.
If the size of the company is large, it may exceed 10 people.
The “Deputy Chief Examiner”, “Senior Examiner” and “Examiners” come out on the field audit, and the “Chief Examiner” at the bureau supervises the field auditors.
This “Chief” sometimes appears on the filed. You should observe such a situation carefully.
If it turns out that he is just a Chief who likes courtesy visits, it should be all right.
But if he seems not to trust the leadership of the Deputy Chief then come to the field saying “it is about time I have to take over the control”, it may be an omen of “chaos”.
If they start changing audit strategy, deviate from the issues discussed so far, finally losing discussion points, it is highly likely that the team is confused for lambasting (or just annoying) by the Chief.

The same thing can happen to the company being audited.
If a “big guy” who has not attended the audit suddenly comes up and begins to advocate his own opinion or control the audit, it will create another chaos.
When the “troublesome” Chief and the “know-all” big guy try wrapping up the audit ignoring the audit team and the in-charge at the company, it would end up with illogical outcome leaving contradictions. Such an outcome would put the company in a difficult position to keep logical consistency in subsequent year-end closing process and tax return preparation.
In my experience, somehow, there seems to be chemistry between “troublesome” and “all-know” and they tend to reach agreement disregarding the tax laws.
It is safe not to have these people involved in the tax audit from the beginning, if possible.

What you should submit?

1. Financial Statement & Accounting books
They are essentials. The auditor cannot start the audit without them.
The auditors will examine all the figures drilling down from the financial statements, worksheet, trial balance, journal books, journal slips to vouchers (receipt, invoice).
Well organized books and records would help the company to browse figures daily basis and audit trail as well.
Some people ”grudge” to give out the information at this stage but I do not think it is a good idea.
Because such documents are supposed to be prepared and kept as a matter of course, if you do not submit them in a timely manner, such an attitude would attract a suspicion that you are so sloppy in everything or trying to hide something wrong behind you.
Let’s submit the books record fairly.

Auditors are often so meticulous in checking year-end adjustment journal entries for reconciliation from the worksheet to the financial statements.
As such journals tend to entail adjustment on a tax return, you should anticipate that they surely examine them one by one,
Provision for reserves or liabilities, accrual of receivables and payables are “must items” they should examine.

2. Internal documents
In case of audit for a joint-stock company, auditors will ask you to provide the minutes of the general shareholders” meeting, the Board of Directors Meeting, the request for managerial decision (so called “Ringi-sho” in Japanese), and so on.
They try to understand the recent activities of the corporation from these materials.
These documents are informative from point of view whether the company had entered into an irregular transaction with its director or shareholder and such transaction had been approved properly in accordance with provisions under the Companies Act.
If they find the minutes about investing in tax saving products, they must be so excited and start asking many questions.
If the company gives economic benefit to its directors and/or their family without taking necessary internal procedures, it may become an illegal transaction (such as a violation of Article 356 of the Companies Act) and even if it is lawful, it will be non-deductible as a bonus for directors for corporation tax purpose.
I believe that the internal documents are “treasure” for auditors as they are supposed to thoroughly record the facts, especially in large companies.

3. Agreements
They will confirm when receivables and payables became fixed and determinable from a contractual perspective.
Besides, they will examine if you had deferred revenue recognition or accelerated expense recognition from the condition stated in the agreement.
They will be examined from withholding tax and consumption tax perspectives.
As for complex transactions, they may ask explanations directly from sales representatives in-charge etc.
It is enough to answer seriously to the question but the in-charge person may feel so nervous about it.
So you would better have a briefing in advance to the interview so that the interviewee understands the purpose of the interview etc.

How long it will last?

Audit by the tax office usually takes a few days to go through the books and records etc..
An audit conducted by the Regional Taxation Bureau would take a couple of months to examine various materials.
In some cases, “Referential Audit” against transaction parties are also conducted.
The audit period varies from case to case.
Especially audit by the Regional Taxation Bureau may be prolonged, and it may take several years when audit subjects are complicated or “entangled” then handed over to the other audit team due to their annual organization shuffling.

How deep they are digging out?

The audit often begins for the latest three years tax returns but sometimes it craws back to the latest five years.
They may audit the same year again even if it had ever been audited.
The above is the scope of the regular audit.
If any act of disguise or cover-up is suspected, the tax authorities are allowed to audit the taxpayer up to seven years ago (the Act on General Rules for National Taxes, Article 70 para 5).

When the audit scope gradually goes backward though you have no tax loss carry-forward, it is likely that they had found something wrong with you.

In addition, when they need to make a tax assessment that affects the outstanding balance of tax loss carry-forward, the audit scope can be extended to ten years ago in consistent with the carry-forward period of ten years.

***
I understand the feelings that you really want to do something mean to an unpleasant auditors but a non-cooperative attitude (harassment) does not solve any problem.
As mentioned in my blog before, refusal to the audit, as you just dislike it, would attract unnecessary suspicion.

Even if you have nothing ashamed, it is usual that there are some mistakes detected by the auditors.
That is why they come.
I am under the impression that you should respond to the auditors as requested and honestly admit the simple mistakes then wrap up the audit as soon as possible.
However, you may become to have regrets later depending on how you had wrapped up the audit.
As for “How to finish?”, I will talk about it taking the next opportunity.

A tax accountant and electric files, you may make them useful

The latest scanner is awesome!