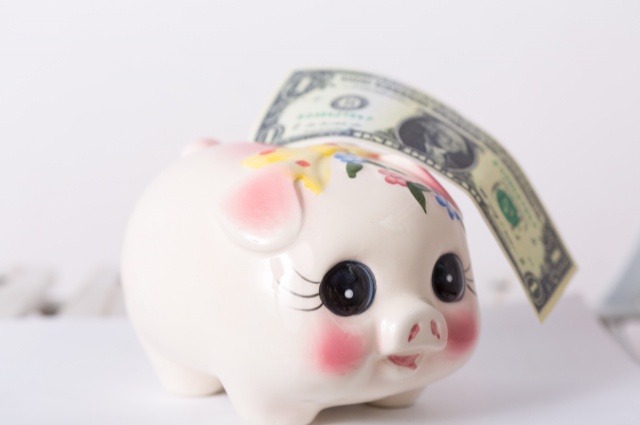 Tax avoidance and tax evasion across the border has been on the increase for a long time, but countermeasures also have been rapidly improved over the last few years.
It was thought that what Japanese tax authorities can do is limited if we transfer our property to foreign countries or move out of the country, but the circumstances seem to be changing.
I summarized “How” the tax authorities are able to do “What”.

When a remittance is made to a foreign country through a financial institution or a remittance from overseas is received, you need to submit a letter of “notice” to the financial institution (Act on Submission of Statement of Overseas Wire Transfers for Purpose of Securing Proper Domestic Taxation (hereinafter referred to as “the Act”) Article 3).
Based on this “notice”, the financial institution must prepare a “report on overseas remittance, etc.” and submit it to the tax office (Article 4 of the Act).
Remitter, remittee, account numbers, intermediary institutions, amounts, the purpose of remittance, etc. are stated in the report.
Based on the report, the tax authorities can confirm the existence of foreign assets (bank accounts, real estate, etc.) by checking whether or not a taxpayer had filed the tax return and reported income relevant to the report.
Incidentally, remittance to foreign countries of 1 million yen or less, foreign remittance by transfer from a proprietary account, receipt of exchanged money of remittance from overseas, etc. are exempt from reporting to the tax authorities (Article 8 para 1 of Enforcement Order Article of the Act).

If residents of Japan (excluding non-permanent residents) have foreign properties exceeding 50 million yen in total as of December 31 of the year, they shall file the “report on foreign properties” stating the type and quantity of their foreign assets, the price and other necessary matters to the tax office by March 15th of the following year (June 30th for reporting for 2022 onward, Article 5 of the Act).
This reporting system is based on the theory of “a carrot-and-stick policy”.

1. Reduction of penalty on understated tax when the report had been filed (a carrot)
Provided that the taxpayer filed the report by the filing due date when the income amount derived from the reported foreign properties is understated in his/her tax returns for income tax or inheritance tax, the penalty on such understatement is reduced by 5%  (Article 6 para 1 of the Act).

3. Penalties for non-compliance with the reporting requirement without any legitimate reason (a stick)
In the case of filing a false statement in the report or belated filing of the report without any legitimate reason, it shall be punished by imprisonment with work for not more than 1 year or a fine of not more than 500,000 yen.  However, belated filing can be exempt from such punishment at the discretion of the court (Article 6 para 4  of the Act).

In Japan, on March 31, 2015 CRS related law (Act on Special Provisions of the Income Tax Act, the Corporation Tax Act, and the Local Tax Act Incidental to Enforcement of Tax Treaties) and the ministerial ordinance has been legislated and the Japanese tax authority will join the automatic information exchange with foreign authorities this year (2018).
As of August 2018, 84 countries and regions have agreed to AEoI for Japan, including so-called “tax havens” such as the Bahamas, Panama, the Cayman Islands, etc. (Reference: OECD ACTIVATED EXCHANGE RELATIONSHIPS FOR CRS INFORMATION).

FATCA (Foreign Account Tax Compliance Act) is the US law legislated to prevent asset hiding and tax evasion using an account at a foreign financial institution outside the United States held by an individual or a corporation with tax obligation in the United States (“the US citizen, etc.”) .
In principle, the Japanese are not in the reporting scope, but those who happen to be taxpayers in the United States will become the target.

As FATCA is not a treaty but just a foreign law, it should be irrelevant to Japan from an international law perspective.
However, the Japanese government announced the “Statement on Mutual Cooperation and Understanding of US-Japan Authority for Facilitation of Implementing FATCA in the US” and had assured that Japanese financial institutions will comply with FATCA to report customer’s account information every year to the US tax authorities (Internal Revenue Service).
It is a nuisance for Japanese financial institutions.

Do you know that there was such news recently?

The Tokyo Regional Taxation Bureau requested tax authorities in Australia to collect tax under the tax treaty and collected about 800 million yen from deposits of Australian men who had been delinquent gift taxes in Japan, according to a source familiar with the matters. It is difficult for the tax authorities to collect delinquent amounts from foreign property owned by tax delinquent persons and it is the first time that Japanese national tax authorities collected hundreds of millions of taxes in cooperation with overseas authorities. (The Yomiuri Shimbun, September 17)

Japan signed the multilateral treaty and its amended protocol in 2011 with the aim of appropriately dealing with international tax evasion and tax avoidance. These treaties came into effect on October 1, 2013.
As of July 2018, 125 countries and regions including Japan are participating in the multilateral treaty  (Reference: OECD Convention on Mutual Administrative Assistance in Tax Matters).

Basically, the bilateral tax treaty only covers income tax such as income tax, corporate tax, special income tax for reconstruction, special corporation tax for reconstruction, local corporation tax, etc. However, the scope of the multilateral treaty is widened to the following taxes for Japanese taxation (Reference: OECD Convention on Mutual Administrative Assistance in Tax Matters as amended by the 2010 Protocol).

Since the above case reported in the media is relevant to the collection of the inheritance tax, the “tax treaty” in the press should be the multilateral treaty.

***
In the past, as each country insisted on its jurisdiction, there was a loophole in taxation (in some cases double taxation).
Nowadays, every country is becoming more internationally cooperative than completing for less pie based on a consensus “Let’s take it together from where we can take”.
Although it would not be able to close all the loopholes, it is surely getting smaller and smaller.