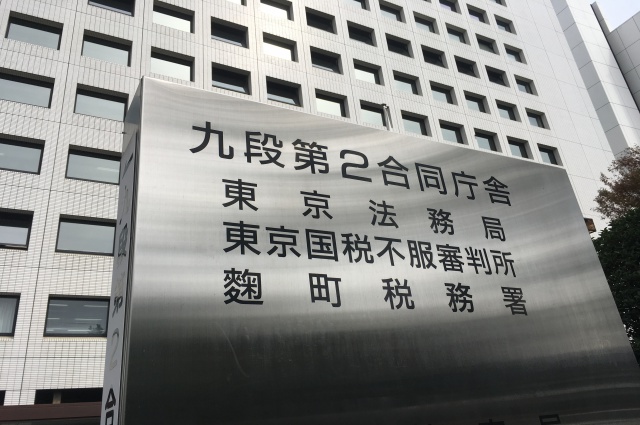 Assuming that you get a tax assessment as a result of the tax audit conducted by the tax office or Regional Taxation Bureau (collectively “tax authorities”) but reason for the assessment is not clearly stated in the assessment notice or you do not understand the reason, how and to whom you should express your complaint?
This time, I will talk about “tax appeals” in Japan.

Even if you cannot agree to an assessment made by the tax authorities, you shall pay the tax first as assessed.
Any administrative disposition against citizens made by the tax authorities, strictly speaking, the administrative agency (head of administrative organizations such as the district director of the tax office or commissioner of the Regional Taxation Bureau) is regarded as legitimate action because of its “tentative validity”.
The tentative validity is an efficacy of the law to deem that administrative disposition is valid until its revocation even if such disposition was unlawful or invalid.
Therefore, whether or not the taxpayer agrees, the assessment is regarded as “tentatively legitimate” and the taxpayer will be accused of delinquency if he/she does not pay the tax.
Since unpaid taxes will be subject to delinquency tax on a daily basis, you would better to pay the tax as soon as possible to avoid the delinquency tax even if you are upset against the assessment.

Just because you made payment, it does not mean you are a “loser”.
You are still able to file a complaint after the tax payment.
If your appeal is accepted, the tax will be refunded to you with the “interest on the refund” (Article 58 of the Act on General Rules for National Taxes, hereinafter referred as the “Act”).

There are two types of administrative appeals: “Request for re-examination” against the District director of the tax office, the Commissionaire  of the Regional Taxation Bureau, and the Customs General; or “Request for review” against the National Tax Tribunal.
Please note that respective appeal shall be addressed to different agency.
There had been a principle of the 2-step administrative appeal that a taxpayer should file a request for “re-examination”  (called “protest” at that time) then, if there is still dissatisfaction with the result, the taxpayer is allowed to file a “request for review”.
However, after revision of the Act in 2016, a taxpayer can directly request the review to the tax tribunal (Article 75  para 1 item 1, para 2 item 1 of the Act).
In order to bring up a lawsuit, a taxpayer needs to go through the review and obtain determination (a disposition equivalent to a judgment of the court) from the tribunal.

The request for re-examination is a procedure to make the tax authority that actually made assessment review the audit result whether it is really reasonable.
Procedures will start by filing a “request for re-examination” to the agency that made the assessment.
The deadline for filing of the request is within three months from the day following the delivery date of the assessment notice.
When the request is filed after the due date, it is automatically rejected (not acceptable as invalid request) accordingly the authority will not conduct the re-examination.

The review request is a procedure to have the National Tax Tribunal, an independent agency from the taxing authorities, review the contents and result of the tax audit.
Procedures will begin with filing of a “Request for Review” to the Tribunal.
The deadline for filing of the request is as follows:

The National Tax Tribunal is a special institution independent of the tax office and the Regional Taxation Bureau, however it is still under the command of the Commissioner of the National Tax Agency and the majority of the judges are officials transferred from the tax office and the Taxation Bureau.
For that reason, there was always criticism that “chance of the revocation is up to the relationship between the judge and the tax authorities”.
In response to such criticism, the Tribunal appoints external lawyers, tax accountants, etc. as the judge with a term of office. Nowadays, non-tax official occupies around half of the entire number of the Judges in charge (around 50).
However, the percentage of “upholding ratio” including partial revocation still remains at a low level of around 10% to 15%, and it has been  below 10% in the last few years.

The court will judge the illegality of the assessment based solely on the claims and evidence submitted by either the taxpayer (plaintiff) or the government (defendant).
Therefore, the court will never judge in consideration of fact that neither party insists.
The court will not judge the disposition that plaintiffs have not sued.
In principle the court will not collect evidence on your own.
It is all up to the plaintiff and the defendant what and how to claim, defend and prove with what kind of the evidence.
The court is an “bystander” in a sense.

In that respect, the Appeal Judge of the tribunal is allowed to positively investigate whether the facts claimed by the parties is true, such as collecting evidence by the authority.
Besides, in case of litigation, the courts can decide revocation of the assessment only when it is found unlawful, whereas  in the case of re-examination or review, the tax authority or the tribunal has an authority to revoke lawful but “inappropriate” assessment in light of the purpose of the law as well as unlawful assessment.
In that sense, it can be said that the re-examination / review has more room that the taxpayer’s appeal is accepted compared with the litigation.

In order for a taxpayer to prevail in a tax lawsuit, it is necessary for a taxpayer to assert and substantiate that there was an important defect (flaw) in the assessment procedure, or that the content of the assessment does not conform to the law.
In order to lead the trial in favor of the taxpayer, it is necessary to retain a lawyer (an attorney at law).
However, since there are still few lawyers specialized in the tax laws, I suppose, it may be necessary to have a tax accountant who is familiar with the case as an assistant to the lawyer.
As for the government side, “Litigation Attorney” from the prosecutors office will be in charge together with “Litigation Officer” “Assistant Director for Litigation” from the tax authorities.

It will take time and money as it will be a fight between lawyers.
Regarding administrative appeals, the agencies are subject to standard processing term (determination within one year), but we do not know how long the lawsuit will last.
In that sense, you would better to take it that the tax litigation is the last resort imposing economic and psychological burdens on you.
How far you should contest after taking an action should be decided based on whether your costs and efforts can be remunerated by refundable tax amount rather than chance to win.

As a matter of fact, it is still likely that taxpayer’s appeal is fairly accepted in neither re-examination nor review process.
I guess that it is partly because of unsophisticated or illogical manner in taxpayer’s assertion.
In order for the victory, it is necessary to develop a legally reasonable logical argument from the stage of re-examination or review.
That is also serious and hard way to go, though.