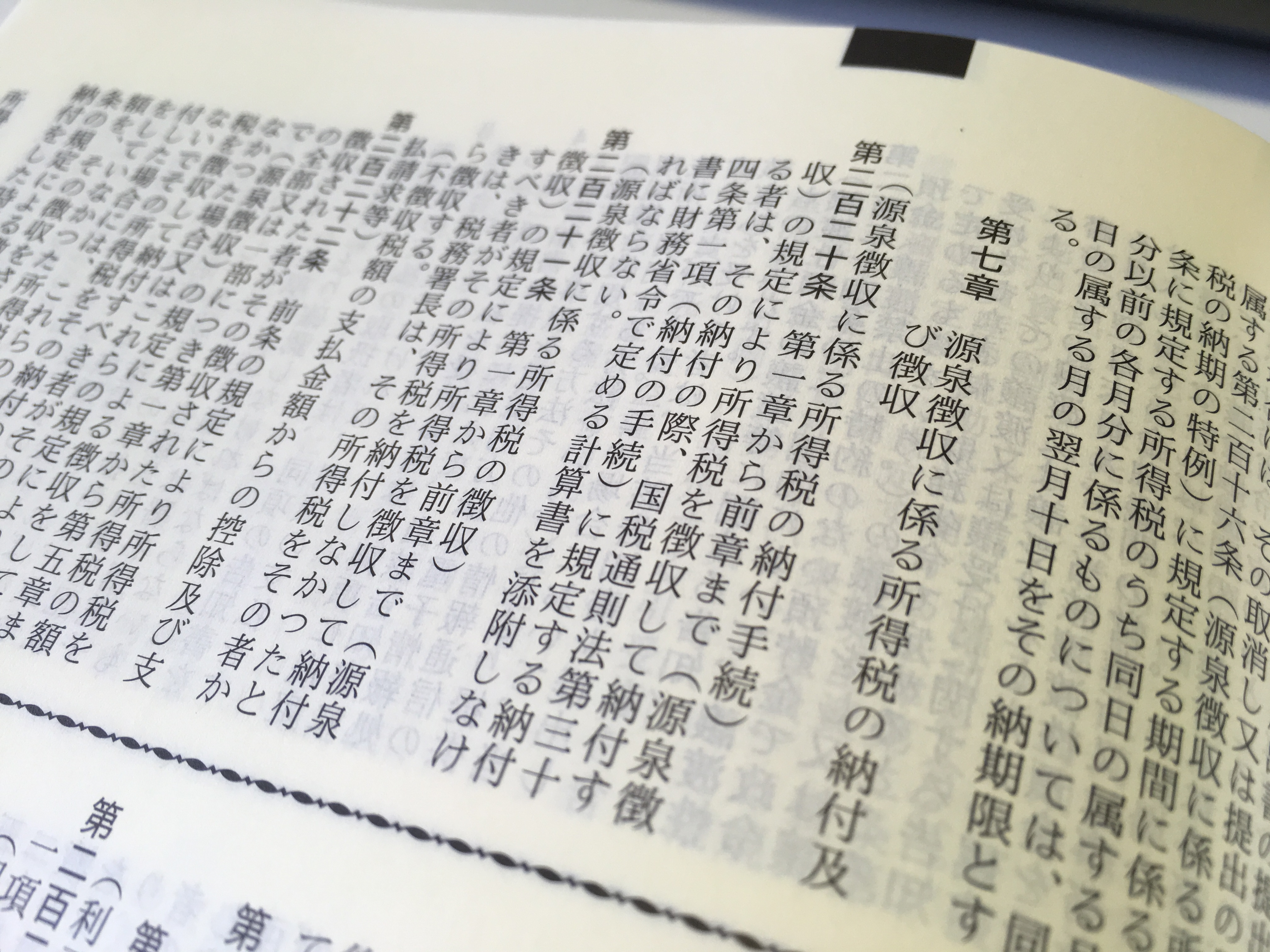 So ambiguous and complicated

As for the case i), there may be some cases it is quite difficult for withholding agent to anticipate that income he or she pays is subject to withholding taxes.
For instance, in the case where the tax laws do not provide clear-cut rules on withholding and withholding agents cannot know their obligation for sure, I think, it hardly makes sense that the government accuse such “innocent” withholding agent of negligence.
Japanese income tax code provides withholding obligation by each type of income.
In other word, you are obliged to withhold tax from only income payment specifically provided in the code.
The tax code shall clearly define scope of the obligation imposed on citizen.
Otherwise the governments may easily construe the code in their favor and infringe right of people.
Ordinary people do not have to read “between the lines” of the tax codes to judge their tax liabilities.

As for the case ii), there may be the cases that withholding agent realized his/her obligation but had applied different provisions of the tax code or miscalculated withholding tax amount.
Just simple miscalculation cannot exempt from penalty. But misapplication is sometime made due to ambiguous or outdated tax code and regulations.
As a matter of fact, the Japanese income tax code does not catch up with development of new businesses such as “emerging right” derived from IT and intellectual property, financial product and so on.
I would say it is not fair to make business person judge their withholding obligation applying outdated tax code to new business.

So quite a few “innocent” withholding agent attempt fending off tax assessment appealing “Just I didn’t know it!”, “they did not tell it to me!!”, “the code does not clearly say to withhold!!!” then “this is totally unfair!!!!”.
I said the same things many times to tax auditors.

it is all for today.
To be continued.