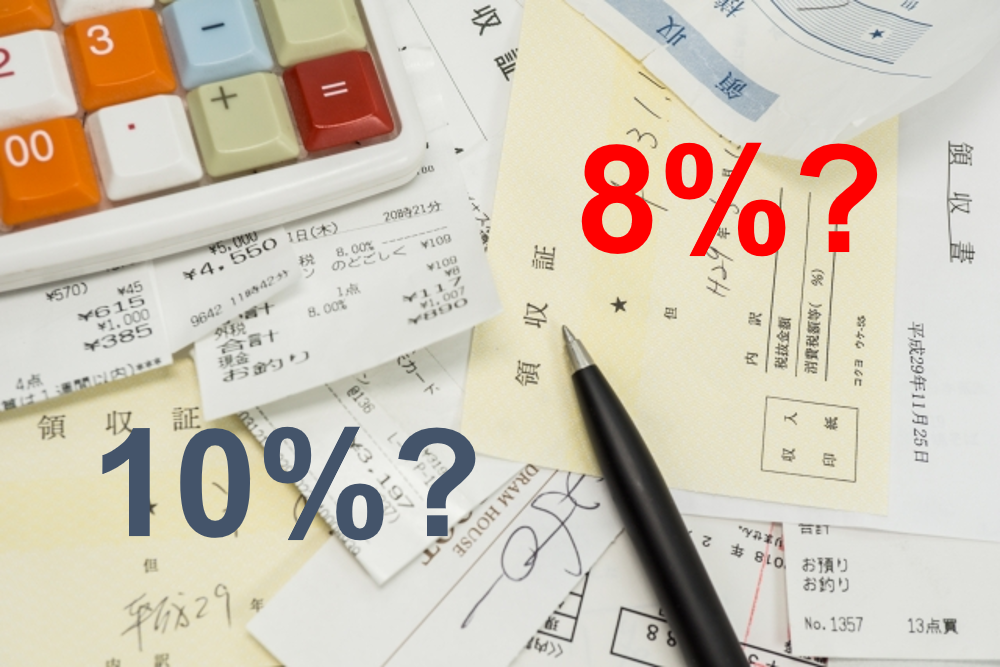 I think that raising the tax rate and introducing the reduced tax rate are all well known to everyone as it imposes “deep impact” on our life as general consumers and whether the tax rate will change in the next October as planned is the current public concern.
But do you know that a fundamental change in the consumption tax system is planned after raising the tax rate?
The amendment planned in 2023 will greatly affect the business operator, in particular the taxable operators filing the consumption tax returns.

I am under impression that the media pay less attention to this change for business operators because of little or almost no impact on general consumers.
However, it is actually a major amendment to change the tax system from the ground up.
That could be another “deep impact”.

The invoice system is a taxation method adopted by the EU nations for their Value-Added Tax (VAT) to make taxpayers report their VAT liabilities based on the amount of VAT stated on the invoices they issued and received.

Purchase or goods or services for that no invoice is issued or issued invoice does not state VAT information such as tax amount, registration number of business operator is disregarded for VAT return filing purpose (although there are exceptions).
Therefore, business operators who want to claim tax credit for goods or services they purchased tend to avoid trade with business operator who can not issue proper tax invoices.
For such reason, Business to Business (B2B) operator such as a wholesaler opt to be registered for VAT purpose even if it is exempted from VAT as a small businesses so that it can issue tax invoice as a registered business operator.
Meanwhile, businesses targeted to general consumers (no obligation to declare VAT) such as a retailer are rarely requested invoices from customers. So they are less tend to be registered compared to B2B operators.
The same tax system is going to be introduced in Japan in October 2023.

The current Japanese Consumption Tax (JCT) system adopts “Ledger System”.
The Ledger System is to have taxpayers, i.e. taxable business operators calculate their JCT liabilities based on their books and records (Ledger) maintained by the business operators themselves.
I would say the Ledger is merely “artificial reproduction (record) of transaction result” (see my blog “Beyond the Cloud”). So there may be discrepancies between the reality and the record.
As a result, such discrepancy may create “tax leakage”, which has been viewed as a problem for many years.
“Tax leakage” is a hypothetical JCT amount that should have been paid to government but actually not and retained by business operator as a profit consequently.

On the other hand, from the customers’ point of view, it is cumbersome to check whether a supplier of goods or service is taxable or exempt (i.e., supplier pays JCT to the government or not).
Therefore, customers are allowed to claim tax credit even for purchase from exempt operators, as long as the nature of the transaction is a taxable purchase and such purchase is recorded as taxable purchase on their ledger.
Consequently such purchase (regardless of the tax mark-up is actually charged or not) gives rise to tax credit for the customers then decrease the customers’ JCT liability although the exempt operators will pay no JCT to the government.
This means that the hypothetical JCT becomes profit of the customers although they had not paid JCT (but they believed they had paid it).

In addition, small businesses are allowed to choose “Simplified Taxation Method” (a.k.a. “Flat Rate Scheme” in U.K.) but this is also criticized as being a hotbed of “tax leakage”.

Proper record-keeping of supplier’s name, JCT nature (taxable or non-taxable) by each purchase is essential for JCT return filing practice relying on Ledger System.
However, there is also a reality that it is difficult to request such stringent record-keeping for small business operators.
Therefore, STM allows small business operators to estimate amount of JCT paid to suppliers (Input JCT) based on their turnover (gross sales) amount even if detail of the purchases are not booked on their ledger.
STM is often used as a “tax saving measure” since there is room to reduce JCT liability compared with the principle method. So STM has been criticized for deviation from the original purpose and undue “tax leakage”.

The government that was considering introduction of JCT at that time also noticed the “tax leakage” issue and seems to have wanted to adopt the Invoice System from the beginning.
However, as they were not sure if Invoice System works in Japan and not well prepared, they decided to wait and see while using Ledger System, which is prevailing system for Income Tax and Corporation Tax.
In 30 years since then, as JCT rate has been raised from 3% to 5% (1997)、8% (2014), the “tax leakage” issue is growing too.
The government realized that further tax hike is not doable without solving the tax leakage issue.
Then they decided the drastic change from Ledger System to Invoice System as the final answer.

Invoice System in Japan is defined as the “Qualified Invoice Preservation Method” under the Consumption Tax Law.
This “Qualified Invoice” (QI) is an invoice satisfies tax requirement specifically provided in the CTL.
The QI is issued only by business operators officially registered with the tax authority as the “Registered Business Operator” (RBO).
The registration is subject to approval by the tax authority and not done automatically even if you are currently filing JCT return as a taxable business operator.
As only taxable business operators are allowed to register, any exempt operator cannot be a RBO. So an exempt operator make tax election to be a taxable operator first to apply the registration as the RBO.

As same to the EU system, there are some exceptional measures, but only Input JCT amount stated on QI issued from RBO is eligible for JCT return purpose after October 2023, introduction of the Invoice System.
Taxpayers can no longer compute their JCT liability based on information booked on their ledger.
Claiming tax credit for Input JCT credit shall be evidenced with only QI.
For this reason, RBOs are legally obliged to provide QI, which indicates all necessary information for taxpayers, to their customers.
Provided by the customer’s consent, provision of QI in form of “electronic records” such as e-mail or attached file is also acceptable.

Since the name, registration number, etc. of RBO are publicly disclosed on the Internet, you will be validate if any person or corporation claiming to be a RBO is really registered.
There are also penalties for misappropriation such as issuing a false invoice.
All such measures are to secure the reliability of QI.

Transition measures to the Invoice System

The provisional measures of “Classified Invoice Preservation Method” (CIP Method) will be applied during the four years from the JCT raising in October 2019 to the introduction of the Invoice System.
This is intended to accommodate to the multiple tax rate system after October 2019 on the premise of the current Ledger System.
Under CIP Method, a taxable business operator purchasing goods or services from a supplier is allowed to claim credit for Input JCT based on tax rate classification of either 10% or 8% indicated on invoice issued from the supplier.
However, unlike QI Preservation Method (QIP Method), there is no guarantee that the purchaser will get Classified Invoice (CI) as it wants, since suppliers are not legally obliged to issue CI under CTL.
Therefore, even if a purchaser has only a non-CI “general” invoice or receipt, it is also allowed to claim credit of Input JCT based on information the purchaser obtained by its research or confirmation with the supplier.
Having said so, suppliers are better to provide CI for the sake of their customers despite no legal obiligation.
It is same to exempt business operators as the purchaser would request CI to any supplier regardless of its JCT status where taxable or exempt.
So exempt business operators would should consider preparation for CI.

CI is perceived as pilot version of QI, of which provision is compulsory from 2023.
If you update the billing system and/or cash register system so that you can accommodate to the full spec invoice, i.e., QI, it would be able to handle CI as well with the same investment.
Why don’t you replace your system with new model that can handle both CI and QI?