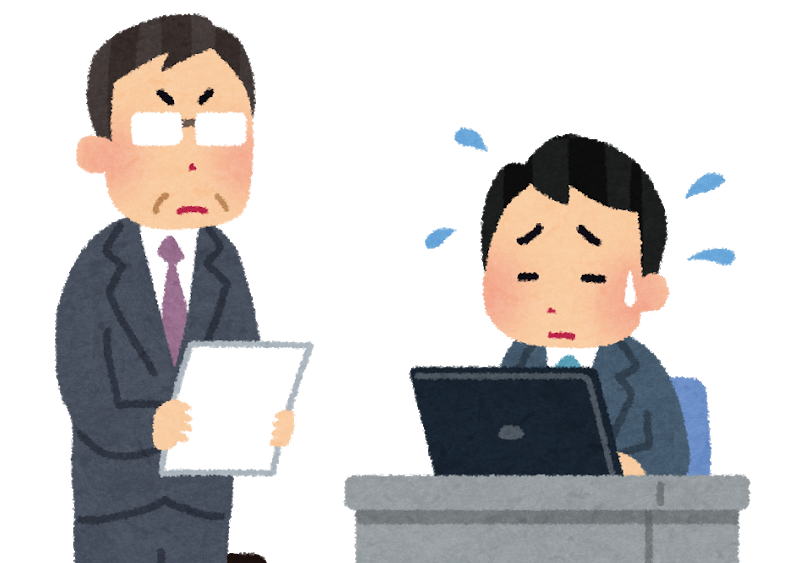 July is the season of periodic personnel change in the tax authority.
Executive officials seem to receive an announcement at the beginning of July, general staff on July 10.
It is around August to start a tax audit with the new regime, so unlucky people are about to get notice of tax audit, usually telephone contact, from local tax office (Zeimu-sho 税務署 in Japanese）or National Taxation Bureau (Kokuzei-kyoku 国税局) ).
In my experience, it seems that it is a common pattern to contact the taxpayer before Obon お盆（the Japanese summer break week, usually the week of August 15）and commence the audit after the break.

What is “Tax Audit”

Some people get upset saying “tax inspection coming”! when they receive a notice of tax audit. But an Audit and an Inspection are totally different things.
The former is “administrative survey” to check whether there is a mistake in tax reporting.
As a result of the survey, the tax authority may take an “administrative measure” called “correction” or “assessment” to correct the mistake if any mistake is found.
Administrative measure has enforceability (state power that can force payment for tax in arrears), but tax audit per se does not (as it is just a survey).
Therefore, in theory, the auditor can not conduct tax audit if a taxpayer dissent.
Even so, once you are selected as a “target” and receive “notifications” it is almost impossible to refuse the audit.
In my experience, I (my company) received the “Notice” from the National Taxation Bureau and the local tax office at the same time for different tax subject. So I told them “I can only deal with either of you” then the audit by the local tax office has been postponed.
As the National Taxation Bureau audit lasted almost a year, the local tax office canceled its audit after all.
But that was rare case. They seldom cancel audit once audit notification is issued to the taxpayer.

In addition, tax auditors are given the authority to inquire and survey (Act of General Rules for National Taxes Article 74-2).
Not responding or answering the lie to the auditors or any act interfere the auditors from exercise of their authority would be punished by imprisonment of not more than one year or a fine of not more than 500,000 yen (Article 128, Item 2 of the Act).
As described above, even though the tax audit shall be conducted with taxpayer’s consent (i.e.,voluntary basis) , the Act indirectly force the taxpayers into responding to the auditors.
So it is said that taxpayers have obligation to undergo an audit (burden to accept tax audit).

What is “Tax Inspection”?

On the other hand, “tax inspection” is “compulsory execution” equivalent to the “investigation” by the police.
In case there is a suspicion of tax evasion, tax inspection is done by obtaining a letter of permission (so-called “warrant”) from the district court.
It is conducted by not a general auditor (Chousa-kan 調査官 in Japanese) but a task force consist of “inspector (Sasatsu-kan 査察官)”.
They are so called Maru-sa マルサ (representing the first Japanese chractor of 査 or サ).
It is a well-known tax professional in the movie “A Taxing Woman (Maru-sa no On-na マルサの女) which hit about 30 years ago though tax officials do not use such slang “Maru-sa” now a days.

Once a warrant is presented, inspectors can search and seize evidence of tax evasion by examining every place within the scope stated in the warrant even if the taxpayer dissent.
Unlike the police investigation, they are not allowed to detain a suspect or conduct body-check on site, but they can inspect belongings of the suspect and its affiliated group and person (the story about their field inspection is lively depicted on the movie).
As well as entering into the taxpayer’s residence and workplace, if necessary for searches and seizure, it is also possible to destroy the locks of doors and safes, peel off the walls etc.
If officials do these kinds of act in the “tax audit” field, it will be a criminal case due to a trespassing and a property damage.
But it is lawful act in “tax inspection”.
So, the warrant is subject to preliminary check by the court if the tax evasion is so suspicious that the authority really need to conduct inspection on the taxpayer.

Intentional tax evasion is a crime (criminal case).
Simple failure of tax filing or understatement of taxable income is not a crime.
However if you did not pay taxes on purpose by misrepresentations and cover-ups, you had already crossed a “red-line”.
Such a deliberate tax evasion is called “Hodatsu-han 逋脱犯” in Japanese and will be subject to criminal prosecution.
In Japan, only the prosecutor can prosecute criminal charges, so the tax inspector hand over all evidence of the tax evasion to the public prosecutor for criminal prosecution.
That is end of the tax inspectors’ task and the public prosecutor will take over the case.
At the end of the investigation by the prosecutor, the tax authority will finalize the tax due amount by tax assessment.
However, criminal judgement is all up to the result of the subsequent criminal trial.

If the court finds you guilty, you will be subject to sentences.
For example, the statutory penalty for income tax evasion will be “imprisonment with a sentence of 10 years or less and/or a fine of 10 million yen or less” (Income Tax Law Article 138, Paragraph 1), but if the evaded tax amount exceeds ten million yen, the fine can be increased up to tax evasion amount (ITL Article 238, Paragraph 2).
In other words, you have to pay two times the evaded amount to the government as a fine and tax then spend 10 years in prison in the worst case.
There is a similar statutory penalty for corporation tax (Article 159, Paragraph 1 and 2 of the Corporation Tax Law), but it is “a representative, an agent, an employee of the corporation” who shall be subject to penalty (Paragraph 1 ).
If the CEO and/or CFO are involved in tax evasion, they may be put behind the bar.

***
Uncooperative attitude against tax auditors may attract unnecessary scrutiny.
Even if you did nothing wrong, it is unfortunately usual that some mistakes are found.
As they know it they need to visit you.
I would say that the best way to minimize your tax audit risk is keeping close relationship with your tax accountant on a daily basis.