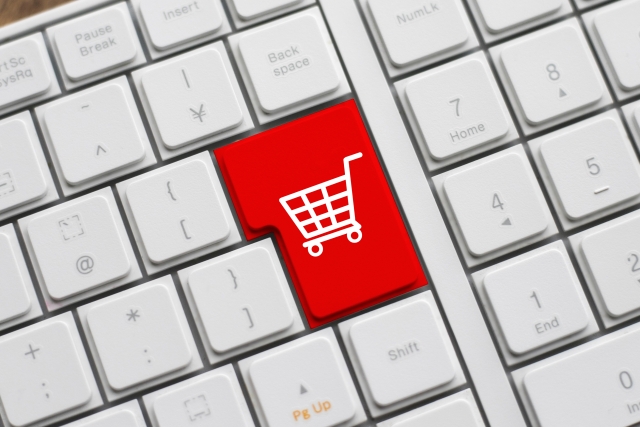 Nowadays you can buy almost anything via the net.
When I started my business as an accountant, I purchased all necessary stuff  through the net and had them delivered directly to my office.
It seems, though it depends on what you buy, that the more consumers are feeling less needs to visit real shop.
As shown in the recent incidents that a boutique with long history went bankrupt while the web retailers are expanding their business and a major fashion brand decided to decrease numbers of their outlet, more sellers may be feeling less needs to maintain real shops.
In fact, this movement has also been affecting the recent international taxation.

No PE (Permanent Establishment) No Tax

In the international tax arena, there is a common phrase “no PE no tax”.
PE is abbreviation of Permanent Establishment and means a fixed place of business for an individual or a corporation.
For instance, the Income Tax Law of Japan defines the PE as follows. The Corporation Tax Law also has the similar provision (Article 2 Item 12-19)

Income Tax Law Article 2
Item 8-4 Permanent Establishment Means the followings. Provided, however, that if there are provisions different from the following in the Convention for Avoidance of Double Taxation and the Prevention of Fiscal Evasion with respect to Taxes on Income, it shall be as provided in the convention as permanent establishments (limited to those in the country) as for non-residents or foreign corporations subject to the convention.

The A includes a branch, office, factory, workshop and mine or other places to collect natural resources, place of administration of business in the country.
The B is construction/work site lasting more than a year.
The C means a “proxy” or “agent” etc. appointed in the country. This is the case where someone habitually exercises authority to conclude contracts for business of a non-resident or a foreign corporation. However, independent agency business based on dealership agreement etc., is not regarded as a PE.

Even if you are a non-resident or a foreign corporation, as long as conducting business through PE in Japan, you are subject to Japanese income tax or corporation tax for the business income earned through PE.
In other words, PE in Japan will attract the Japanese income taxes.
Paradoxically speaking, it is “No PE no tax”.
However, since this rule is applicable to only business income, the other incomes (interest income, dividend income, capital gain, etc. ) will be taxed even if you have no PE in Japan (provided it is earned from Japan).
For non-residents and foreign corporations doing business in Japan, the presence or absence of PE greatly affects the tax implication in Japan.
In particular, “agent PE” is often not recognized by both a non-resident/foreign corporation and an agent, so be careful.

Some places not regarded as a PE

It is obvious that places where goods or services are provided, such as a “store” or “business office” constitutes a PE.
So, should the research institutes, representative offices that only conduct market research, premises that only procure raw materials and manage stock/shipping be regarded as a PE?
In fact, under the Japanese laws, a place that is used only for activities that are “preparatory or auxiliary to carry out the business” is excluded from the PE.
Specifically, the following places may be excluded (Income Tax Law Enforcement Ordinance Article 1-2 para 4)

In summary, locations that only perform a “support” or “backroom” functions need not be included in the business place.

If a resident / corporation in a country that has a tax treaty with Japan (a non-resident / foreign corporation from the Japan perspective) conducts business in Japan, not only Japanese tax laws but also tax treaties will apply.
The tax treaty also has provisions regarding “permanent establishment”, but the provisions may differ from the Japanese income tax and corporate tax laws.
In that case, the presence of PE should be determined primarily in accordance with provisions under the tax treaties (Income Tax Law Article 2 item 8-4), then the scope of PE in Japan (and the scope of “preparatory or auxiliary” functions) will be modified under the treaty. So, please pay attention to such application of tax treaty and modification under the treaty.

Meaning of “Preparatory or auxiliary”

In the case of e-commerce such as sales via website, you may be able to do foreign business without conventional branch, office, or factory abroad.
Also, the place of conducting business and the business territory (country/region where customers are located) can be irrelevant. In these business models, it is often unclear what place will constitute the PE and what can be excluded from the PE.

For example, suppose that a British company operates an EC site, buys a product in Japan according to an order from a Chinese customer, and exports it to China.
There is no “branch” or “business office” in Japan but the company has warehouse in the country and stationed staff thereto to store purchased products and deliver them to exporters. Does this fall under PE?
Or can it be excluded from PE as a place to conduct only “preparatory or auxiliary” functions?
Whether the facility in Japan falls under PE or not, where the EC site is operated in (Japan, the UK, or a third country) should affect the outcome?

I unfortunately do not have a clear-cut answer, but at least I am sure we would have to consider from a different perspective than conventional business activities.
In the case of EC sites that take orders automatically and passively, I take it that it is a business that can not enable without the development and operation of the site. However it is also true that such business cannot be doable without infrastructure that can procure necessary products in a timely manner and reliably ship them.
In such business, there would be a wider room for discussion whether the activities being carried out at logistics bases in the country are merely “preparatory or auxiliary” or whether it can be evaluated as playing more important role beyond it.

As there is a long standing problem that interpretation on “preparatory or auxiliary by nature” enables artificial avoidance of PE recognition, amendments of tax treaties and tax laws are under way in various countries.
Japan also amended the Income Tax Law / Corporation Tax Law and enacted more comprehensive rules on PE recognition in January 2019. Under the new rule, “preparatory or auxiliary activity” will be judged based on holistic consideration of functions performed by each facility / location as well as their interaction with the other facilities / locations (Income Tax Law Enforcement Order Article 1-2, Paragraph 5).

There is the court case (2015 (Gyo-ko) 222) in which it was disputed whether an apartment and an warehouse in Japan leased to a non-residents who sells goods through the Internet should constitute PE.
Since the plaintiff (a sole proprietor) was a resident of the United States, the direct point of argument was whether the apartment and the warehouse can be regarded as places solely for “activity of a preparatory or auxiliary character” under the US-Japan tax treaty (Article 5 para 4 of the US-Japan tax treaty) then, as the consequence, whether they can be excluded from PE.
The details of the facts are omitted here but the court has determined that the apartment / warehouse falls under PE in light of the following facts (Tokyo High Court, January 28, 2016).

In view of these circumstances, the court concluded that:

In this case, it seems that the court placed importance on the facts that the contact information on the EC site was in Japan, all the business was done via the EC site, the customers were also in Japan, and the business model was substantially same to the one conducted by the plaintiff (a Japanese national) when he reported the business income as a resident of Japan (i.e., before becoming a non-resident).
In this case, if all three of the purchase, customer solicitation, and sales are conducted in Japan, I would say, it is highly likely that the storage, packing, delivery, receipt of returned goods, etc. are regarded as “important activities” for the online sales business.

Not only Japanese who are thinking of becoming non-residents for the purpose of tax saving or tax avoidance, but also foreigners who are thinking about online business specializing in the Japanese market should be aware of this risk.

I myself also provide tax services that can be completed online.
Currently I work only at a domestic office, so there is no problem at all. However, as mentioned in the previous blog “Foreign business income of sole proprietor” a sole proprietor doing business abroad would face the PE issue.