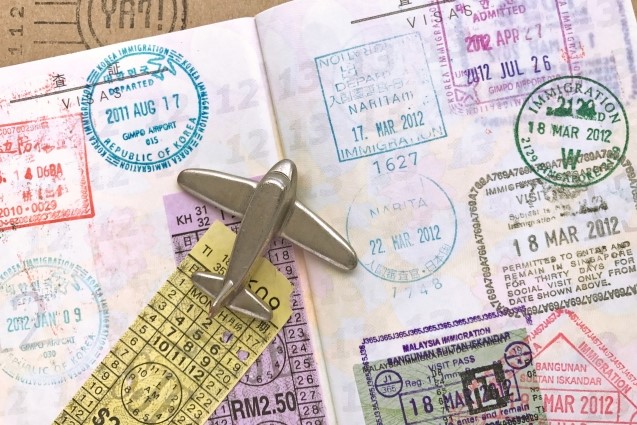 When a resident becomes a non-resident (emigration from Japan)

Your nationality DOES NOT matter

Even Japanese citizens with Japanese nationality will become non-residents if they no longer have an address or residence in Japan (income tax law (hereinafter referred to as the “ITL”) Article 2 item 5).
There is no difference in nationality regarding the taxation of income tax after becoming a non-resident.

When a resident becomes a non-resident in the middle of the year, the period of being a resident and the period after becoming a non-resident should be distinguished. Then the income generated within each period is taxed as a resident or a non-resident respectively (ITL Article 8).
Therefore, the range of taxable income as well as taxation methods (comprehensive or separate taxation) and tax rates may change in the middle of the year.
For example, out of the salary paid overseas as an employee of a foreign corporation, the amount corresponding to the domestic working period that occurred during the period of residence is subject to comprehensive taxation (at progressive tax rate). However, the amount corresponding to the period after becoming a non-resident will be subject to tax by separate taxation (at 20.42%).

A Tax Proxy makes difference in your filing due date

When a resident “departs” in the middle of the year, he/she must submit a final income tax return for the income earned during the period from January 1 to the date of departure then complete the tax payment before the departure.
If you earn any other income after the departure to December 31 of the year and tax filing is required for such income, you have to file another tax return and pay the tax by March 15 of the following year (ITL Article 120 mutatis mutandis by Article 166).

The term “departure” here does not refer to departure as a general term, but refers to a unique state under the income tax law that you emigrate (become a non-resident) without appointing a “Tax Proxy” (ITL Article 2 Item 42).
The “Tax Proxy” is an agent who declares and pays tax in Japan on behalf of a non-resident taxpayer.
If you appoint a “Tax Proxy” before you leave the country and notify the tax office of it, you will be able to declare the income generated during the resident and non-resident periods all together by March 15th of the following year. (ITL Artcile 120 mutatis mutandis by Article 166, Income Tax Basic Circular 165-1).
The same system exists for local taxes as well as national taxes (notification is required independently).
For the notification to the tax office, the below format is used.
For local tax purpose, you should use the format designated by each local government.


Even a non-resident may need filing the Japanese tax return

Even after you become a non-resident, when you earn a certain type of income from Japan, you must file the Japanese income tax return.
For example, as for the income derived from working in Japan (salary income), leasing real estate located in Japan (real estate income), transfer of such real estate, etc. (capital gain), you need to declare such income by filing the Japanese income tax return and pay the tax.
So, it would be better to have a Tax Proxy in order to proceed the tax filing and payment smoothly.

When a non-resident becomes a resident (immigration to Japan)

Your nationality DOES matter

Unlike leaving Japan, there are differences in taxation after becoming a resident by your nationality whether you are Japanese national or not.

Attention to tax implication for the initial 5-year period

Years when it is obvious that there is no foreign source income, or years when there is no domestic remittance are not a problematic, but if you receive payment or remittance domestically in a year when you earn some foreign income, you will be taxed in Japan. you would have to spend more time and effort to calculate and declare your foreign source income.
If the foreign tax credit does not work well, the tax burden will increase.

Foreign source income taxed in Japan is limited to those generated on or after the date of becoming a resident of Japan (Article 17 para 4 item 6 of the Enforcement Order of the Income Tax Law). So, theoretically speaking, you should not be taxed when you remit your income earned before you become a resident of Japan.
However, practically speaking, it is impossible to segregate money by periods of the income generation (as the money is fungible). Consequently, when other foreign source income is generated in a remittance year, the remittance will be taxed, to the extent of the foreign source income currently earned even if you want to remit the earnings in chronological order from past years.

No difference by nationality after the initial 5 years

Be careful of improper tax filing

Despite you earned domestic source income after leaving Japan or earned foreign source income while you are living in Japan, if you do not declare such income properly, penalty and/or delinquency tax will be imposed on the tax amount unpaid.
Recently, Japanese tax authorities have obtained transaction data not only in Japan but also overseas bank accounts.
Since it is likely a system for checking for omissions is being prepared by comparing the contents of the declaration with the transfer of funds in the bank account, it is too risky to devaluate that they won’t be able to find your unreported income.

Tax implication of the people who have crossed the borders in a short period of time and who have bases of life or business in multiple countries will become more complex.
When such a situation is anticipated, it is important to study probable tax implications in advance, as well as reactive measures.
To avoid or ease international double taxation, tax planning taking tax treaties and foreign tax credits into consideration is essential.