Resident or Non-resident and Domestic corporation or Foreign Corporation 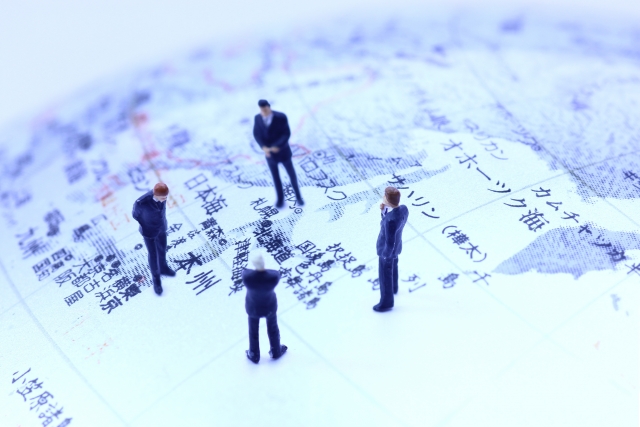 As a legal terminology, there are concepts of “natural person” and “corporation”.
“Natural person” is “a natural born person”, that is, we human beings.
“Corporation” is a thing other than a natural person and it is said to be “an entity, to which rights are entitled and obligations are attributed for legal purpose” (i.e., a legal entity).

In income tax and corporation tax law arena, there are situations where different tax rules are applied by distinguishing natural persons from a “resident” and a “nonresident”, corporations from a “domestic corporation” and a “foreign corporation”.
Why is that?
Actually, the range of income taxed in Japan can be different.
This time I will outline how scope of taxable income will differ.

First, “resident” is an individual who has an address or domicile in Japan for more than one year until now (Income Tax Law (hereinafter referred to as “ITL”) Article 2 Item 3).
A domicile is a meaning of a base of living other than an address.
For example, a house or a hotel where people who is not registered as resident lives in is degraded as a domicile.
It is consistent with the provision of the Civil Code (Article 23 Para 2) that “a domicile of a person who does not have an address in Japan is deemed as the address of that person, regardless of whether the person is a Japanese or a foreigner”.

“Nonresident” means an individual other than a resident (ITL Article 2 Item 5).
In other words, everyone who is neither a resident nor a non-permanent resident is a “non-resident”.
Nationality is irrelevant here.
respite the facts you lived in Japan and regardless of Japanese or foreigner, you will be a “non-resident” as soon as you surrender your address or domicile in Japan.
Therefore, not only foreigners who have never stepped on Japanese soil, as well as those who have moved abroad are nonresident.

3. What is a domestic corporation?

4. What is a foreign corporation?

5. Difference in scope of taxation

Whatever income you earn, all of it will be taxable for income tax in Japan (ITL Article 7 Para 1 Item 1).
For example, a resident leasing real estate to others is subject to Japanese income tax for rent income regardless of location of the real estate, Japan or abroad.

① Income other than ‘foreign source income’
② “Domestic source income” that was paid domestically or remitted from overseas
Two types of income are taxable (Article 7 Para 1 Item 2 of the law).
Conversely, the part which is not taxed is “foreign source income” which is paid outside of the country and has not been remitted to the country.
The term “foreign source income” referred to here means, in a nutshell, the income derived from conduct of business abroad, possession and transfer of assets outside Japan.
For example, if a foreigner who has just moved to Japan leases a house in his/her home country to someone else, the rent will be foreign source income.
When the rent is remitted to Japan, it falls under ② above and taxed in Japan.
However if it is paid in his/her offshore bank account, it will not be taxed because it does not fall under ① or ②.
As long as you are a non-permanent resident, you better not to bring unnecessary money into Japan.

“Permanent Establishment” means fixed place of business such as a branch, factory, construction site, workshop and certain “agent”.
It is abbreviated in “PE”.
It is “agent” that needs attention here.
Although it is easy to understand that physical facilities for carrying out business such as branch office fall under PE, natural persons and corporations who are given the authority to conclude contracts for the sake of non-residents also can be PE.

If there is PE in Japan, both ① and ② above are subject to Japanese income tax.
If not, only a part of ② will be taxed in Japan.
The majority of income tax on ② is taxed at source upon its payment (ITL Article 212 Para 1).
It is so-called “withholding” (please refer to the blog “Japanese withholding tax (1)” for details).
Please note that ② also includes consideration for usage of intellectual property rights such as patent, know-how, trademark right, design rights (so-called royalties).