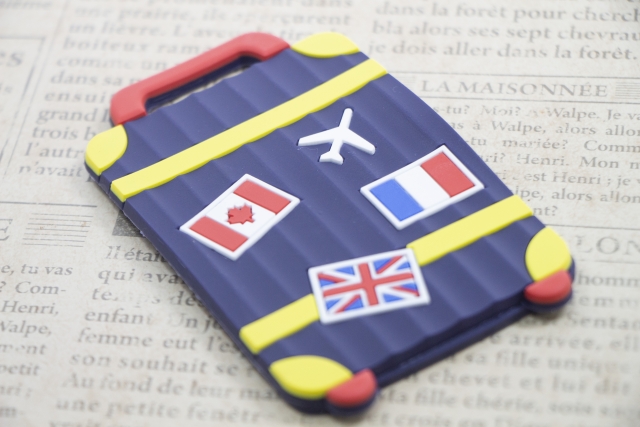 This rumor “Stay in Japan for less than 183 days a year, no income tax in Japan” (hereinafter referred to as the “183-day rule”) is becoming a common question. Especially from non-Japanese.
Many of them say “it is stated so on the website of the National Tax Agency”.
I also actually looked at the website (English version).
There is the explanation as follows:

4 Tax convention between Japan and your country of residence
Japan and your country of residence may conclude a tax treaty to avoid double taxation, etc.
With this tax treaty, you may claim the benefits of reducing the tax rate or an exemption from the tax on income such as interest, dividends, royalties or salaries.
The provisions are different depending on each tax treaty, therefore, you need to refer to each tax treaty in each case.
For example, if you are a non-resident, you may need to consider the tax treaty if:

Indeed, the word “183 days or less” appears in (2).
They seem to consider “if I stay in Japan for 183 days or less a year, I do not have to pay income tax in Japan.” relying on this phrase. But it is not an accurate interpretation.

First of all, this description is for individuals who are “non-residents” from Japan perspective.
Therefore, this rule does not apply to even foreigners if they are “residents” of Japan.

Then, as the title of this description tells, this rule is relevant when there is an applicable tax treaty between Japan and the country where the non-resident resides.
Therefore, this rule is irrelevant to even a non-resident, if his/her country has no tax treaty with Japan.

The part (2) explains a so-called “short-term traveler exemption”. This is for only specific types of income, such as employment income. Therefore, it does not apply to the other incomes such as the interest, dividend, royalty referred in (1), business income, real estate income, capital gain, occasional income.

Also, the maximum number of days of staying in Japan to be qualified as the “short-term traveler” and type of income exempted under this rule can vary depending on the applicable tax treaty.
For example, under the tax treaties with Italy, Canada, Switzerland, China, “short-term” means 183 days or less in a calendar year. In contrast, treaties with the United States, the United Kingdom, Australia provides that it is 183 days or less in the most recent 12-month. According to the treaty with Thailand, it is 180 days in a calendar year.
As for the types of income exempted, many tax treaties cover “salary, wages and other similar rewards”, i.e., employment income, but treaties with Canada, South Korea, Thailand, and China include freelance business income as well as employment income.

In this way, the short-term traveler exemption is granted only when certain conditions specified by the tax treaty are met.
It does not mean that any income or any person can be exempted from the Japanese income tax as long as he/she stayed in Japan for less than 183 days a year.

Are you really a “non-resident”?

Some people misunderstand the 183-day rule as a criterion for judging of resident/non-resident.
Whether you are a resident or a non-resident does not depend on the number of days you stay in Japan.

If you are recognized as having an “address” in Japan, you are treated as a resident of Japan for tax purposes.
Even if you do not have an “address”, you will also be a resident if you continue to have a “domicile” instead of address for one year or more.
A non-resident is defined as an individual other than a resident, so an individual who neither has an address nor a domicile in Japan for less than one year.

What constitutes the “address” or “domicile” is judged not only by the formality but also by the substance.
In general, the home place of a livelihood, that is, the site most closely connected to the personal life, i.e., the central location of entire or general livelihood, is perceived as the address.
In making such a decision, it is crucial not only the formality such as the presence or absence of resident registration, but also the existence of a substance that is the base of life.
For example, the total length of stay, residence, occupation, whereabouts of spouse and other relatives, and whereabouts of assets should be comprehensively considered.
In this way, the “length of stay” is only one factor to consider when determining whether or not an address exists.
Therefore, even if you have stayed in Japan for more than 183 days, there is a good chance that you will be classified as a “non-resident” if it is judged comprehensively that you do not have an address or domicile. Conversely, even if you stay in Japan for less than 183 days, you may be treated as a “resident”.

Income taxed in Japan even if you are a non-resident

Income tax may be levied in Japan even after you become a non-resident.
Again, the 183-day rule is relevant to only the employment income (including freelance business income, depending on tax treaties) among the following incomes.

If you relocate abroad keeping the position of your stock, investment trust, or bond at a Japanese securities firm, income derived from such financial products, such as dividends, distributions, interests are subject to the income tax in Japan. Taxation on these incomes is completed by only withholding, so leaving them per se does not cause a problem.
However, if you do not inform the securities firm that you have moved to a foreign country and become a non-resident for tax purposes, they will withhold the local taxes (on dividend tax and interest) as well though they should have been exempted.
Besides, the procedure for applying for tax exemption under the tax treaty with the country of current residence will be done through a securities firm, in which case it is necessary to inform them of the fact that you have moved abroad.

When a non-resident working for a foreign company stays in Japan on a business trip, in principle, the salary corresponding to the length of stay is subject to income tax in Japan.
However, if business travelers are taxed in a foreign country each time they travel for a short period, it can hinder their international business activities.

Therefore, most tax treaties provide the tax exemption rules for short-term travelers to exempt them from taxation on the employment income.
If the tax treaty between your resident country and Japan provides the exemption for short-term traveler, you will be exempt from payroll tax in Japan as long as you do not stay exceeding the number of days provided in the treaty.
However, if the salary corresponding to the business trip period is directly paid by a Japanese corporation (including a Japanese branch of a foreign corporation) or substantially borne by such Japanese corporation, you are subject to the Japanese payroll tax even if you worked in Japan not exceeding the number of days specified in the applicable tax treaty.
When a resident of a country without a tax treaty comes to Japan on a business trip, even if he/she works in Japan for just one day, the salary will be taxed in Japan.
If the salary for work in Japan is paid in Japan, the payer is required to withhold the income tax of 20.42%.


If this declaration is required in Japan, I suppose that the original foreign employer and the Japanese host company must cooperate to support the tax filing of the business traveler.
It may be necessary for an enterprise that has many business travelers from/to foreign branches/affiliates to have a tax support team for them.

If you transfer the shares issued by a Japanese company or transfer real estate in Japan, income tax will be levied on capital gains on them.
The tax treaty may exempt non-residents from taxation in Japan for the transfer of certain shares.
A tax return filing is required if you have capital gains in Japan.
The withholding tax is imposed on the sales proceed of real estate paid to non-residents, but it is creditable from the annual tax payable amount if you file the tax return.

The Japanese income tax is also levied on retirement benefits and pensions (national pension, welfare pension, private pension, etc.) paid in connection with working in Japan.
Taxation on retirement and pensions paid to non-residents is completed by withholding tax, and no tax return filing is required.
For pensions and annuities, Japanese income tax may be relieved or exempted under the applicable tax treaty.

If there is any other income generated in Japan, it is subject to income tax in Japan.
For some types of income, withholding tax may be sufficient to complete the taxation, but if the non-resident has a place of business in Japan and the income is related to activities conducted through such a place, in most cases, filing of tax return is required.

An issue on International double taxation

If you are not eligible for any tax exemption under the tax treaty, income taxed in Japan may be taxed in your resident country as well.
This is the so-called “double taxation” issue.

If the double taxation that occurs between the parties to the tax treaty is caused by the deficiency of the tax law of one or both of the contracting states or the discrepancies in the interpretation of the tax treaty, in accordance with the provisions of the treaty, it is possible to request the tax authorities of the two countries to discuss each other (Mutual Agreement Procedure by the Competent Authorities).
Usually, we will file a petition for the Mutual Agreement with the tax authorities of the resident country, but the fact is that it can only be taken up if it is a case worth discussing.
For example, if the tax had been imposed due to your improper procedure for the tax exemption in the other country, it is unlikely that your resident country will take up your petition.
If the double taxation has been triggered due to legitimate taxation rights granted in both countries, it is not entitled to the Mutual Agreement.
For such double taxation, it is usually mitigated by the domestic tax system in the resident country, such as “foreign tax credit“.

A long time ago, when I was a company employee, I made a business trip abroad for nearly three months in the second year with that firm.
Before setting off, the Human Resources asked me to report to which country and how many days I had traveled while I was working for the prior employer.
Now I can understand that such confirmation is required to anticipate whether or not income tax may be levied at the business trip destination.
It was more than 20 years ago, but that firm had been well organized even at that time.
I wonder how Ms. H, who was in charge of HR is doing now…