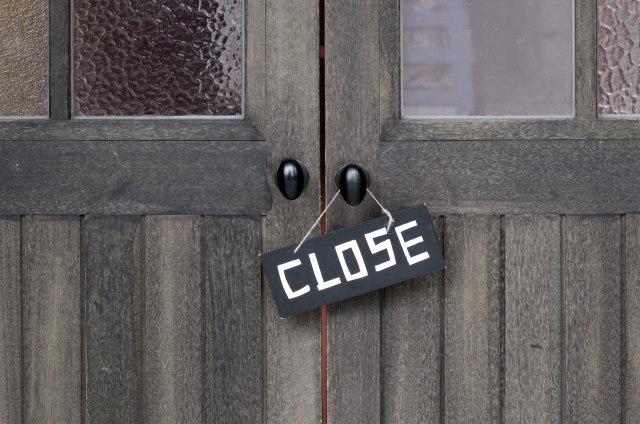 As the number of business transactions increases, you probably would have to accept selling on ”credit” or  “bill”.
In that case, you may become anxious whether your business partner settles the receivable as scheduled.
If it can not be done, it will affect your working capital, but taxation as well.
The theme of today is “bad debt losses” assuming the case of corporate taxpayers.

The right to claim certain benefits to specific other persons is called a “claim”.
Accounts receivable, bill receivable, etc. are called “monetary claims” because they are claims to enforce payment of consideration for transactions in monetary terms.
For accounting purpose, in principle, monetary claims are accounted for by face value of the claims (the amount that can be claimed to the debtors) .
If it is doubtful that the debtor is able to pay full amount of the receivable, you should record the receivable at estimated collectible amount.
The difference between the face value and the estimated collectible amount will be a “bad debt”, however at this point, this “bad debt” is an estimated loss of unrecoverable claim, therefore you need to observe the situation to know whether such loss really become a realized loss.
For example, the debtor may be able to make full payment later though it missed the dead line due to occasional funding issue.

However, in accounting, doubtful receivables should be stated on the balance sheet at realistic collectible amount estimating “bad debt” in earlier stage before its realization (the principle of conservatism).
The “Accounting Standard for Financial Instruments”, which is a guideline for accounting practice issued by ASBJ (the Accounting Standards Board of Japan), has the following provisions.

Allowance for doubtful receivables, or bad debts reserve, is a reserve provided for possible uncollectible amount, i.e., “bad debt” of accounts receivable, loans, and other monetary claims due to bankruptcy of business counterparty.

For estimation of the uncollectible amount, it is necessary to classify the receivables into the following three classes according to the debtors’ financial condition and business performance (Para 27) then estimate bad debts for the respective class (Para 28).

Although this method is not stipulated in the Law, the Basic Circular Notice of the Corporation Tax Law (the guideline on interpretation of the Law for the tax officials, hereinafter referred as the “Circular”) provides the following interpretations consistent with the judicial precedent.

The amount written off based on the following events is tax deductible for the business year in which such event occurred (The Circular 9-6-1).

If it becomes clear that the entire amount of the receivable cannot be collectible considering the status of debtor’s assets and solvency, the creditor is allowed to claim tax deduction of bad debt loss for the fiscal year in which it became clear (the Circular Notice 9-6-2).
However, if the receivable is secured by a collateral or guarantee, tax deduction is allowed only after enforcement of such securities.

In the case of the following events, the creditor is allowed to claim tax deduction of bad debt loss for the accounts receivable (i.e.,except loans receivable etc.) leaving a nominal value of 1 (one) yen on the balance sheet as the memorandum (the Circular Notice 9-6-3).

However, the aforesaid rules are kind of harsh for taxpayers because they cannot get prepared until a concern of bad debt becomes real event. Therefore, the Law allows tax allowance for bad debt reserve under certain conditions (Article 52 of the Law).
The tax allowance is allowed for only the following corporate taxpayers.

The following receivables are not qualified for the tax allowance as they are substantially either bankruptcy remote or prepayment of liabilities.

The tax allowance for bad debt reserve is divided into two types: “reserves for respective receivable” and “general reserve” depending on recoverability of the receivables.
The tax allowance is calculated differently by type of the reserve and receivable.
A taxpayer is able to select whichever method as long as conditions are met, so you can choose the most favorable method confirming the outcome of the both method.

“Respective receivable” means monetary claims for which bad debt loss is anticipated because of which payment is subject to certain debt restructuring procedures such as court approval for reorganization plan under the the Corporate Reorganization Act etc.
Provision for the reserve is tax deductible up to the total amount of the following allowances (Article 52 para 1 of the Law).

If the creditor has any payables (such as advance receipt) to the debtor, receivables secured with collateral or guarantee, such amounts should be excluded from the above receivable amounts.
The creditor should keep proof of the above status of the receivables so that it can demonstrate legitimacy of the tax allowance calculation.

General reserve is provided for the receivables other than the above respective receivables.
The reserves is calculated by the below formula based on the historical default ratio (Article 52 para 2 of the Law).

Ordinary corporation with share capital of 100 million yen or less as of the end of fiscal year, public interest corporations, and cooperative associations are allowed to provide the general reserve applying the following statutory provision rate in lieu of the historical default ratio (Article 57-9 of the Special Taxation Measures Law (hereinafter referred as “STML”), Article 33-7 of the Enforcement Order of the STML).

However, please be aware of the following two conditions:
Firstly, the statutory rate is not applicable to the following corporations even if it it an ordinary corporation with share capital of 100 million yen or less.

Public interest corporations and cooperative associations are entitle to the 10% additional allowance on general reserve, regardless of principle method or statutory rate method, for the fiscal years starting between April 1, 2017 and March 31, 2019.

Reconciliation of difference between accounting and tax

As above, it is likely that bad debt causes different implication for accounting and tax.
The difference should be adjusted in calculation of taxable income on the tax returns.
To claim tax deduction of bad debt reserve, the provision for the reserve should be booked as an expense on the financial statements.
Tax deduction cannot exceed the provision amount actually booked for accounting purpose.
Accordingly, even if it turned out that the tax allowance is greater than the booked provision, you are not able to claim additional deduction by the tax filing.
Contrary, if you provide more reserve than the tax allowance, you can make the best use of the tax allowance, however, excess provision will reduce profit for the year.
If you try providing the reserve exactly same amount to the tax allowance, you would have to calculate the  tax allowance before final closing of the books.
Besides, even if you did not use the reserve and maintain the same amount until end of the next fiscal year, you have to release the carry-forward balance on the tax return, i.e, include taxable income,  then claim new tax allowance comparing the booked provision and the tax allowance for the next year.

Calculation and booking arrangement may take time but the bad debt reserve is one of the few tax deductible reserves.
Why don’t you make the best use of it for tax saving and credit risk management?