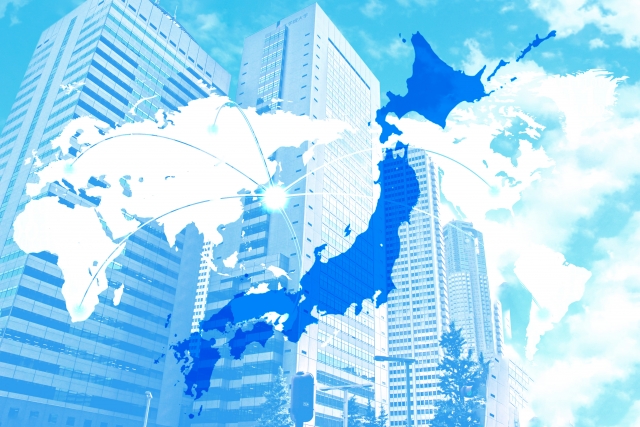 What is a domestic corporation?

Scope of taxation for a domestic corporation

“For a domestic corporation, income of each business year (excluding the period applicable to the consolidated accounting period) is imposed corporation tax on income for each business year” (CTL Article 5).
When saying that taxing on mere “income”, it means that all income are taxed in Japan regardless of where you earn such income.
Therefore, income earned by a domestic corporation abroad through its foreign branch is also taxed in Japan.
We call the method of taxing all incomes earned anywhere in the world as “Worldwide Income Taxation”.
If there are income tax or corporation tax in the country where the foreign branch is located, the income of the branch will be taxed local income tax and corporation tax in that country first.
Then, corporation tax is taxed in Japan as well, so it will be taxed twice on the same income.
In this way, the problem of international double taxation arises in countries that adopt the worldwide income taxation system.

In order to avoid international double taxation, either country will need to give up taxing power.
There are countries (France, Singapore, etc.) that avoid this problem by adopting a taxation method that only taxes domestic source income generated in the home country (the territorial principle or territorial system), but as for G7 countries (UK, US, France , Germany, Italy, Canada and Japan), they are currently taxing on worldwide income except only France.
A country that adapts worldwide income taxation is trying to alleviate international double taxation by a tax system called “foreign tax credit” while reserving taxing power of its own country.
Although I do not mention much details of it this time, Japanese Corporation Tax Law also has provision of foreign tax credit (CTL Article 69).
In addition, some countries have tax rules to exempt certain foreign source income under a certain condition then partially accept the territorial principle (overseas branch exemption system of UK and Italy, etc.).
Japan also exempts most (95%) of the dividends from foreign subsidiaries (CTL Article 23-2), so we can say that Japan is one of the partial territorial system countries.
Even if there is no such measure in domestic law, the tax treaty may sometimes prevent or reduce international double taxation.

What is a foreign corporation?

It refers to a corporation other than a domestic corporation (CTL Article 2 Item 4).
This is exactly the same as the definition under the Income Tax Law.

Scope of taxation for a foreign corporation

The scope of corporation tax for foreign corporations is limited to “domestic source income” earned in Japan.
Unlike domestic corporations, taxation is based on territorial system.
The scope of taxable domestic source income will depend on whether foreign companies have “Permanent Establishment” in Japan (CTL Article 141).
“Permanent Establishment” is a nexus for business in the country such as a branch office, a factory, a construction workshop and certain “agent”, etc. It is the same as the permanent establishment (PE) in the income tax law introduced in the previous blog.

For a foreign corporation with domestic PE

In the past, the narrowing of taxation “through domestic PE” was not applied to ①, so if there were PE in Japan, Japanese corporation tax was taxed to the entire domestic source income even if it is attributable to business conducted by the head office or branch abroad.
For example, if the head office sells products that were directly stocked in the country without going through the Japanese branch, domestic sales recorded in the head office also had to be included in a taxable income for the Japanese corporation tax return purpose.
Such a taxation method is called “entire income method”.
The Corporation Tax Law had been adopting this method for a long time, but from the taxable year starting on or after April 1, 2016, the taxation for business income is changed to a method that only income attributable to the domestic PE business is subject to taxation (attribution method).
By the way, attribution method has been provided in the tax treaty that Japan has concluded.
Since the tax treaty is prioritized over the domestic law (such as CTL, ITL), even before the 2016 reform of CTL, taxation on foreign corporations has been superseded by attribution method under the applicable tax treaty.

The 2016 reform of the Corporation Tax Law is a major amendment to expand application of attribution method to foreign corporations of non-treaty country.
At the same time, it is fundamental reform to specify the details of the calculation of business income attributable to PE.
As matters not stipulated in the tax treaty will be subject to the provisions of the domestic law, corporations of treaty country doing business in Japan are also affected by this reform.

For a foreign corporation without domestic PE

Only ② above is taxed.
Unlike income tax, corporation tax has no system to complete tax payment with “withholding tax”.
So foreign companies with income of ② above must submit corporation tax return to the tax office even if it has no PE in Japan.
A foreign corporation that has no domicile for tax administration purpose designated by local tax office, or has not selected such tax domicile is supposed to submit the tax return to the Kojimachi Tax Office (CTL Article 17, Cabinet Order for Enforcement of CTL Article 16).

I do not know exactly to what extent a foreign corporation without domestic PE is honestly filing the Japanese corporation tax return.
Recently, information sharing between tax authorities of various countries by CRS (Common Reporting Standards) as well as the information exchange provisions of the tax treaty is being expanded, so it is likely that the failure or non-compliance of tax return filing by a foreign corporation will be detected easier than ever.

The shift to attribution method in 2016 is in line with international trends.
OECD (Economic Development Cooperation Organization) took a lead in establishing an international common rule for income tax and corporation tax in terms of scope of taxation and income calculation method for multinational companies.
In accordance with this initiative, AOA (Authorized OECD Approach), Japan revised corporation tax law.
In the 20th century every country insisted on their own taxing power, but since the 21st century it has become cooperative to share limited pie.
However, here too, only the United States is walking its own route as expected.
Viva Pax Americana!