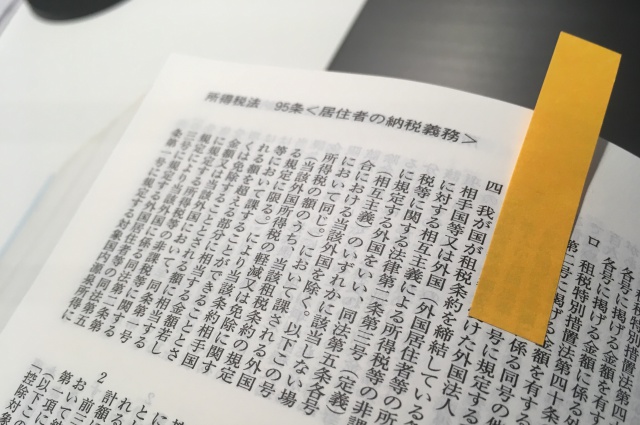 What is the Tax Treaty?

It is a treaty or an agreement mainly for prevention of “double taxation” and “tax evasion”.
It sometimes includes the agreement for Tax Information Exchange and the Convention on Mutual Administrative Assistance in Tax Matters however I am going to take up the former one (the narrow sense) in this blog.
As of May 2019, Japan has concluded 61 treaties in the narrow sense with 71 countries and regions. (Since the treaties with former USSR, former Czechoslovakia have been succeeded by multiple states, number of the treaties does not match with number of countries and regions.)


For more detail about the relationship between the tax treaties and the domestic laws, please refer to my blog “Tax treaties and Japanese tax laws“.

What is the Foreign Tax Credit?

Foreign Tax Credit (hereinafter referred as “FTC”) is a tax regime for getting rid of an international double taxation.
It allows tax credit of foreign income taxes (foreign tax levied on foreign source income) from the Income Tax or the Corporation Tax then pay rest of the taxes to the government.
When the foreign tax amount exceeds amount of the Income Tax or Corporation Tax, such excess can be creditable from the local tax amont as well under certain conditions.
If you want to know more detail of its mechanism and concept, please refer to my blog about “Foreign Tax Credit“.
Since object of FTC is foreign “income taxes” levied on “foreign source income”, taxes imposed on domestic source income and taxes other than income tax is not eligible for FTC purpose.

Eligible person for the tax treaty

Benefit of the Tax Treaty

In order to relief tax burden and promote investment and trade among the contracting states, the tax treaty usually set limitation of the tax rate that each contracting state can tax (reduced tax rate).

Example : Japan-US treaty
The US domestic rule : Dividend paid to a Japanese resident from a US corporation is subject to the 30% Federal Income Tax (as a withholding tax).
The treaty : The income tax rate is reduced to 10%, 5% or 0% depending on the shareholding percentage of the voting stocks by the shareholder (Article 10).

No application, No benefit

It is the basic rule of international law that the treaty has priority to the domestic law, but you can not enjoy the benefits of the treaty unless you notify the tax authority that the conditions provided in the treaty are met.
If you do not file the application, your income will be taxed as provided in the domestic law.
Although you can claim tax refund by filing retroactive application, it may take time in some countries.

Example : Japan-US treaty
If a Japanese corporation would like to apply the tax benefit (reduced tax rate) under the treaty to the dividend paid from a US corporation, the application form as below (W-8BEN-E) should be filed with the US Internal Revenue Service through the withholding agent (the US corporation who pays the dividend  and/or intermediary financial institution who handles the dividend payment).


The Japanese corporation shall notify its corporate profile (Part I), applicable tax rate and clauses under the treaty (Part III).
Incidentally, Part I of W-8BEN-E is also designed as a notice for FATCA (Foreign Account Tax Compliance Act) purpose (No.5), so even if you do not need to apply the treaty benefit, you need to file the form.

Even if you are a resident of the contracting state of the tax treaty, there is a case application of benefit under the treaty is subject to limit by provision of the treaty.
Please note that the tax treaties with the following countries have clauses for such provision (LoB: Limitation on Benefit).
US, UK, France, Australia, Netherlands, Switzerland, New Zealand, Sweden, Germany, Latvia, Lithuania, Estonia, Russia, Austria, Iceland, Denmark

Under the tax treaty having the LoB clause, the resident needs to demonstrate the fact that it has been substantially conducting business in the contracting states. Otherwise, the resident cannot be entitled to the treaty benefit.

For example, under the the Japan-US tax treaty, even a Japanese corporation, if more than 50% of its shares are owned by third-country residents, or more than 50% of tax deductible expenses are paid to residents of third country, etc., is regarded as not having its business substance in Japan and not entitled to the benefit under the treaty (Article 22 ).
In W-8BEN-E , the applicant needs to declare how it is qualified for the LoB test in the section No.14 (Part III).

The LoB clause has been introduced as a deterrent against abuses of the treaty benefit (so called “Treaty Shopping”). The Netherlands, known for “Dutch Sandwich” is now one of the contracting states of the LoB-compliant tax treaty.

FTC is subject to limitations

Now we get back to the domestic laws arena.

For the Corporation Tax purpose, if foreign tax is imposed at effective tax rate of more than 35%, such excess portion is not eligible for FTC (The Corporation Tax Law Article 69 para 1, The CTL Enforcement Order Article 142-2 para 1).
Besides, financial firms, insurance companies and other corporations having relatively large amout of interest income over the entire income amount are subject to another limitation that foreign tax on the interest income at tax rate exceeding 10% or 15% is not eligible for FTC for such excess tax amount (CTL EO Article 142-2 para 2).

Even if it is not excessive tax burden, if a foreign tax is imposed at tax rate exceeding the reduced tax rate provided in the applicable tax treaty, such excess tax portion is not eligible for FTC (The Income Tax Law Article 95 para 1, ITL EO Article 222-2 para 4 item 4, CTL Article 69 para 1, CTL EO Article 142-2 para 8 item 5).

In addition to the domestic laws, the tax treaty provides limitation on FTC.
The tax treaties Japan has concluded so far have the clause for “avoidance of double taxation and it provides that “the amount of (tax) credit, however, shall not exceed that part of the Japanese tax which is appropriate to that income” (e.g., the Japan-US treaty Article 23).
Accordingly, if an income had been taxed at 10% abroad despite applicable Japanese tax rate is 5%, FTC amount in Japan is limited to 5% equivalent.
It seems that such exceeding tax is regarded as “incremental” tax by the other contracting state not “double” taxation between the both contracting states, therefore excluded from the scope of FTC.

Actual computation of FTC Limitation amount is quite difficult as it is complex and can be affected by the tax treaty. So as a first step, you would better to confirm if you had any income derived in a country or region having tax treaty with Japan.